The following is a guest post by Paul Barrett (@paul_barrett), the Editing Modernism in Canada Postdoctoral Scholar at McMaster University. His research employs topic modeling and other digital methods to argue that Austin Clarke’s early work constitutes a form of late modernism in Canada. –AK and RR 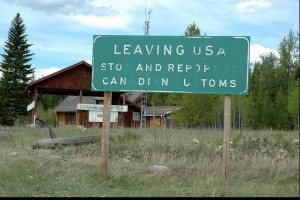 The organizers of this site and of the Postcolonial Digital Humanities panel at the most recent MLA have raised critically important questions about the intersection between postcolonial research and digital humanities work. In what ways, they ask, might the new tools and critical paradigms made possible by digital humanities transform postcolonial research and criticism? For instance, what becomes of the colonial archive and its relation to colonial and transnational knowledge production given the proliferation of new tools for archival research and cross-archival analysis? How might new methods of digital analysis offer opportunities to uncover buried colonial histories and expose present-day stereotypes and racism? How can new textual analysis tools remap literary canons to show the relevance of previously marginalized or ignored postcolonial texts? How do digital forms of activism and organization transform our understanding of cross-border solidarity? In what ways does this scholarly turn to the digital pave over local cultures and insist upon the English language as a requirement for membership in digital humanities?

Postcolonial theory and scholarship have always been about critiquing the manner in which the production of knowledge is complicit with the production of colonial relations and other relations of domination and exploitation. In this sense, postcolonial digital humanities work offers a timely and necessary investigation of the value of digital humanities to postcolonial studies. Reading the postcolonial through the digital, however discomfiting, enables scholars to make productive and unlikely connections between two methods direly in need of one another.

One element of the postcolonial that seems absent from a postcolonial digital humanities approach, however, is the continued salience of the nation as an organizing structure and category of analysis. Concern over the nation as the collective will of a people pervades postcolonial scholarship and Pheng Cheah has convincingly argued that “Postcolonial political domination and economic exploitation under the sign of capital and the capture of the people’s dynamism by neocolonial state manipulation signal the return of death. The task of the unfinished project of radical nationalism is to overcome this finitude” (229). Cheah is not, of course, yearning for a return to the days of blind nationalism or unproblematized collective identity of some postcolonial national vanguard. Rather, he acknowledges the failures of postcolonial nationalism to articulate a collective will for freedom while simultaneously demonstrating that “Radical literary projects of national Bildung remain cases of political organicism. They still endorse the idea that a radical national culture of the people contains the seeds for the reappropriation and transformation of the neocolonial state.” The true value of his intervention, in my eyes, is to remind us that the “national Bildung” in its various manifestations still remains a form by which a national culture can put ideas into practice and transform the state agencies that otherwise enable the practices of neocolonialism.

Like Bourdieu in his discussion of the left and right hands of the state, Cheah is unwilling to abandon the nation and sees it as a possible defense against neocolonial and neoliberal forms of domination. As such, postcolonial critics must remember that the “any project of emancipation however rational and realistic … necessarily presupposes the ability to incarnate ideals in the external world.” The nation provides, however flawed, a political framework and a series of material supports by which such projects may be put into practice.

What new forms of subjectivity does digital humanities make possible that circumvent the nation and what forms of subjection does this post-national positioning expose us to? Does digital humanities enable new forms of Cheah’s “radical nationalism” or is it an instance of something closer to Bauman’s liquid modernity: a transnational cultural practice that transcends the nation yet is accessible to only privileged elites physically and virtually jet setting across borders?

Cheah suggests that postcolonial critics, “instead of trying to exorcise postcolonial nationalism and replace it with utopian, liberal, or socialist cosmopolitanisms, … ought to address its problems in terms of the broader issue of the actualization of freedom itself.” These questions go beyond, I think, a politics of location and ask us to confront the national contexts of our work and how it might affect our own place in this struggle over “the actualization of freedom”. I think these are necessary questions for digital humanities that postcolonial digital humanities can begin to raise.