x
by Roopika Risam
on 15 May, 2013
under dark side of the digital, dhpoco
tagged cultural studies, dhpoco, gender, genealogies of DH, race, sexuality
∞ Permalink 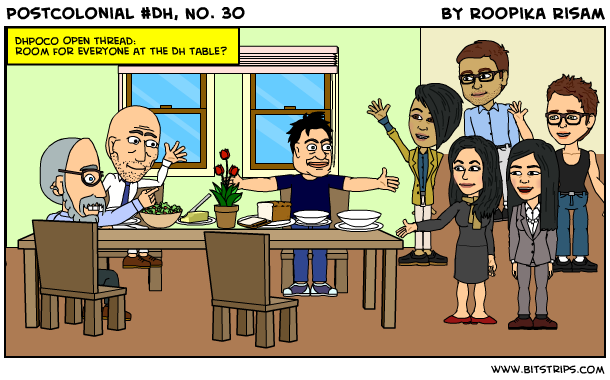 In case you missed it, our open thread “The Digital Humanities as Historical ‘Refuge’ from Race/Class/Gender/Sexuality/Disability” has engendered rich debate and a number of different conversations.

We value the range of comments that we received. The following are a few branches of thought that emerged. We invite you to continue the thread in the comments below.

Thoughts from the Open Thread

With a fresh comment section waiting below, we’d love to hear from you. Couldn’t navigate the open thread? Think we’ve gotten it all wrong? Care to expand on your contribution? Please add your $.02 below.

EDIT: Think you could improve our parsing? Here’s an open Google document with the summary. Edit away! (Please leave a comment in the thread about what you changed/any comments. Thank you!) – R&A